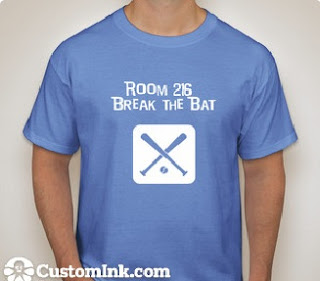 I recently watched another team win the World Series and it was not enjoyable. I sat and watched the games, wishing I was wearing my lucky hat and cheering on my guys. My team, the Detroit Tigers, beat the Yankees, but they couldn't get past the hot bats of the Rangers in the American League Championship Series. It's not that the the team that I have held close to my heart since I was a child wasn't trying, their best effort was just not as good or maybe as timely as the eventual Pennant winning Rangers.

There were a couple of times where I questioned the wisdom of the opposing team's manager, the entirely likable Ron Washington. The Rangers had runners in scoring position and they chose to bunt or appeared to just be trying move a runner to the next based with a swap at the ball. I certainly wasn't rooting for them to succeed, but I was surprised to see what my armchair coaching determined to be as a half effort. Of course, the Rangers knew what they were doing and won the series, and their strategy didn't diminish their effort. The situations did get me thinking though.

I talked with our class about the series the next morning. After announcements, the pledge, and the crucially important topic of lunch choices took up valuable instructional time yet again, I started talking about always trying your best. I told them to make the most of opportunities, and never do something worthwhile with less than your best efforts. Then I got on a roll.

We were going to be late to our special period that morning, but I wanted to make sure I got my point across. I work hard to make sure we feel safe in our room. We want an atmosphere free from ridicule, meanness, and physical harm, but also free to voice opinions, freely share ideas, and our laughter. I also want them to take hold of their own path, to be free to express or demonstrate their learning.

Then I told them I wanted them to fail. As my silence helped let that sink in to their 6th grade brains, I softly told them,  "that it was ok to fail." I want them to not be afraid to fail in our room."What's going to happen?", I asked. The outcome may not be what you would've wanted, but you'll learn what you can do better next time. When you fail, you will learn what you can change, add-to, or take away to make better. That's how you'll grow in your learning. "Don't worry about what your grade will be, worry about what you have learned", I said.

I want my kids to make their best effort in what we do in class. Well, maybe not all of their energy is required in spelling , but don't just try and get by. No half efforts. Don't just advance the runner. Swing the bat as hard as you can and try to break it. The splinters you will create can be used to build something great.