My son has always been a road trip kinda kid and has been on the go since the day he was born. My wife and I made the decision to never not do something because taking him along might be a hassle. Well, except that brief period around age two that it was simply impossible to eat at a restaurant.

Now 18 and a college freshman, he's an experienced traveler, having visited over 30 US states and several countries. And even-though he makes an occasional 'rookie' mistake, like buying batteries  from a 'a guy' on the street, we're pretty comfortable knowing that he can handle himself in most situations that he would encounter while traveling.

The purpose of our most recent road trip to Detroit, a six and a half hour round-trip, was to attend our last home hockey game before the club moves into a new stadium next season and say "Farewell to the Joe" the home of Red Wings since 1979. He's good company.

We share some of the same tastes in music, and we had both packed headphones to privately listen to the differences between us. They never saw the light of day.

We spent the entire time talking. About everything. Sports, college, politics, religion, growing up and other topics of significance and casualness. Never forced or awkward, our back and forth words felt natural and flowed almost as fast as our cruising speed of 75 mph. As I was putting the car into our garage upon returning at 2am, I recognized once again, how precious time is. I thought how fortunate I was to be able to spend 6.5 distraction free hours with my child. It was nice that we were able to make the most of that driving time and that we chose to share and listen. I can always listen to Led Zeppelin and he can always listen to Frank Ocean, but we don't often have that kind of of quantity time together. I'm glad we took advantage of it. As a teacher I spent that kind of time with other people's kids everyday. A lot of parents don't get that luxury.

I was recently reminded of that fact by a reread of Will Gourley's post "Teach Like a Dad" that our role as a parents and jobs as teachers are closely related. That "We are blessed to spend more time with our students than their parents to in many cases."

What do we do with that time?


Class-time is precious, but not sacrosanct.

Early in my career, I believed that as a teacher 'you can't afford to waste a minute' of available instructional time. I bought into the narrative that every minute of every school day had to be focused on learning.

To an individual student or a classroom's culture, the time spent on maintaining trust and building relationships can be as valuable as practicing where to put the comma correctly. Spend some time asking good questions and listening to what your students have to say and are thinking.

It's their space and time, let your students have time to breathe and reflect. Those times can be powerful, special, and memorable.

Not unlike a road trip with a treasured partner.

I'm on Twitter @YourKidsTeacher
Posted by Eric Johnson at 11:28 AM 302 comments:

Don't Ask Me for My Kids' Test Scores...

Don't ask me for my kids standardized test scores.

Because I don't know.

My kids are more than a test score. Yes, I use data from formative assessments and other data points that help me understand what I need to adjust for each kid, the best I can. But I don't really care about a test that treats every kid the same and expects them to master the same content at the same time and demonstrate it in the same way.

That has got to sound crazy to someone other than me.

Ask me for my kids' names.

Ask me who's a poet.

Ask me who's a writer.

Ask me who's a programmer. A mathematician. A musician. An artist.

Ask me how my kids are going to change the world.

Don't ask me for their test score. I don't know. I don't care.

I care about my kids. Not their numbers. 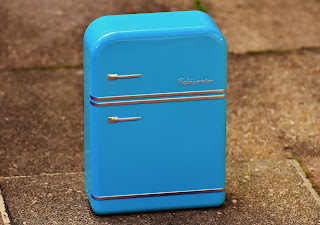