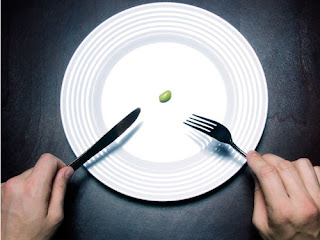 In years past, spring break meant trips both long and short to take in sights and activities not offered around home. This year at least, break means getting in some training rides and attempting to complete some household projects. I'm more successful in getting in my training rides.

Any multi-day break always means that our class' fishes, Skittles and Twizzlers, have to be transported home so that they can be fed regularly by house caretakers, or to substantially reduce undesirable round-trips to Room 216. I guess it would be easy to just drop something into the tank and come back in 7 days to happy fish, but I like making sure they are taken care of.

It was during my training ride today, that I listened to the podcast of Real Time with Bill Maher's Episode #275 from March 15th. The episode held my interest because of the appearance of Michelle Rhee, the former D.C. Superintendent; Author: Fighting to Put Students First; and CEO/Founder, StudentsFirst; . Bill's sister is a teacher and while he acknowledges he's not an expert, he said "I hear from her" on matters of education. Some of the people I follow on Twitter advertised a 'Maher takedown' of Rhee. The conversation did not live up to that label, but it certainly held my interest during my ride through SW Michigan wine country.

Rhee is to say the least, a polarizing figure, but intriguing as well. I listen to her views with healthy skepticism. In my opinion, she's trying to build her resume' for something 'bigger' and using the 'vehicle' of education reform to get her there. During the show Rhee had a great point though, "Whenever we're  measuring the progress of students in schools, we have to take into account where the kids are beginning. You can't set a goal for all schools and all kids at the same level for a given year, without taking into consideration where they're starting."

The show's real surprise however, was the discussion with Tom Colicchio on children and their families struggling with hunger. The celebrity chef and co-founder of the Gramercy Tavern in New York City was involved with the documentary film A Place at the Table. Using the stories of three individuals, the film shows how these people deal with "food insecurity." In other words, how these folks get through the day wondering where their next meal is coming from. Or when.

From the film's site:

Ultimately, a Place at the Table shows us how hunger poses serious economic, social and cultural implications for our nation, and that it could be solved once and for all, if the American public decides-as they have in the past-that making healthy food available and affordable is in the best interest of us all.

Tom Colicchio was compelling as he stated his case for action and for not looking down on people struggling with hunger/poverty. He stated, that "85% of the families that receive SNAP benefits or food stamp benefits, have at least one member of the family working. And 70% of them are working full time. These aren't 'takers.'"

No, they aren't "takers", but they are in my classroom, my school, my neighborhood. They're in yours as well. One in four children nationwide. You can't learn if you are hungry, and I often worry where my kid's next meal is coming from when they walk out the doors at the end of the day. How I'll help them focus the next day's lesson when they're bellies hurt?

Eighty percent of the kids in my school qualify for Federal free or reduced lunch. I don't worry as much about them getting good food during the school week, because our terrific lunch staff of five ensures that 500+ kids get a good breakfast and lunch each day. For some of my kids, I'm positive that those valuable meals are sometimes the only quality thing they get to eat all day. I've written about one of those students before. Still, I worry. I worry about them during the extended winter break and even-though there are programs, I fret during summer break. Many of my kids live in chaos. Working parents with alternating schedules, multiple siblings competing for the same attention and resources, seemingly ever changing households, and emergency expenses. Instability.

Here are just a few resources and organizations that can help.

Get Follow Me Buttons
Posted by Eric Johnson at 9:18 PM